Angel on Death Magnetic
Name reviewer: Angel
Thinks Metallica is: a company that used to be a band, and is slowly becoming a band again
Favourite ‘tallica album: Master of Puppets
Favourite ‘tallica song: 'Orion'
First heard of Metallica: Sometime around 1988, didn't like it back then, that changed somewhere around 1990/1991
Thoughts on St. Anger: Couple of good songs, overall bad and annoying drum sound
Was anxious to hear Death Magnetic on a scale of 1 to 10: 7

Thinks of Death Magnetic:
Surprisingly good. To be honest I didn't think they still had it in them to make such a record. Perhaps it has to with Rick Rubin handling production duties. The annoying drum sound of St. Anger has disappeared from the Metallica world. Enter ten brand new songs that reminds of the heydays of this band. I had my doubts when I heard the first official released song The Day That Never Comes. It starts off as a ballad and could have been easily on Load or Reload. When it involves into a fast metal song with great guitar soloing it shifts the tune to the black album era. Before the recording began Lars repeatedly stated in interviews that it would be an album "close to Master of Puppets." 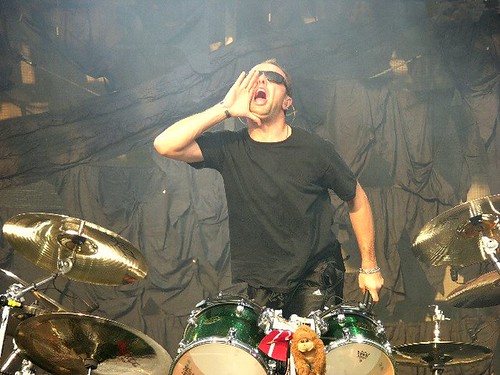 Death Magnetic however starts off with a song that is very reminiscent of the title track of the ...and Justice For All album. That Was Just Your Life just has a similar kind of riffing. As it burst into the second song 'The End of The Line' it feels like your back in the 'eighties Metallica' again, without the aforementioned Master of Puppets touch though. The biggest surprise is the furious 'All Nightmare Long'. It is a fast and probably one of the heaviest songs they ever trusted to be put on a record. Ok, it is no 'Metal Militia' or 'Phantom Lord' but definitely a song that redefines Metallica. To those who thought: 'oh no, not another version of 'The Unforgiven', rest assured, part 3 doesn't sound anything like the previous versions. Lyrically it just suits the other one versions.
I’m glad that Metallica finally chose the right path again. I can’t really say that I hear an obvious influence of newcomer Robert Trujillo. On the instrumental ‘Suicide and Redemption’ I was waiting for something special from this great bass player. It didn't come. On the other hand a Metallica with slap-bass lines…