Lex on Death Magnetic
Name: Lex
Thinks Metallica is: Not considering myself a 'fan', I still think they are one of the greatest metal bands of all time.
Favourite ‘tallica album: Either Ride the Lightning or Master of Puppets
Favourite ‘tallica song: 'Battery' and/or 'Creeping Death'
First heard of Metallica: somewhere in the mid nineties through MTV
Thoughts on St. Anger: A mistake, should never have been released. A good thing Bob Rock has been given the (friendly) boot for the new one.
Was anxious to hear Death Magnetic on a scale of 1 to 10: 8 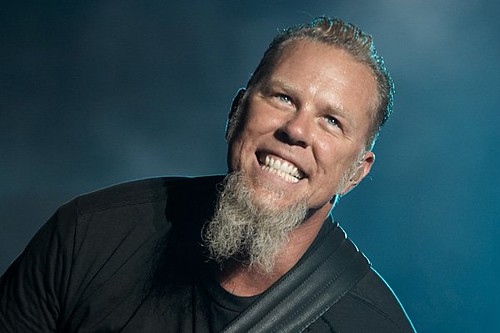 Thinks of Death Magnetic:
Will Metallica ever be able to record and release an album that pleases both the old and the new school fans? I don’t think so. Especially most of the arguing from the conservative metal heads is something that can really get on my nerves. You hear the same thing over and over again: ‘Metallica died back in 1991’. Jesus, get over the fact that James Hetfield didn’t call you for your personal permission to reinvent their sound, will you? Having said that, I’m not much of a fan of Load or Reload either. And St. Anger is just plain silly, call it a midlife crisis. In a way, Death Magnetic is a make or break record between the band and their old fan base. Mission impossible, yes indeed.
Conservatives will never be won over, that’s nothing new. Not even by a record that’s probably Metallica’s most traditional record in nearly twenty years. Because that is Death Magnetic in a nutshell: a step back to something that at least sounds like the band that together with Slayer and Pantera are responsible for keeping the genre of metal alive in the eyes of the main stream audience. It kind of sounds like the ‘80s.
You could ask yourself why they bothered to do this. Since St. Anger –  their most experimental record - sold through the roof, even when the experiment failed horribly. So in a way, Hetfield, Hammett, Ulrich and Trujillo could have done anything they wanted. But even though I’m pretty far from a conservative kind of guy, I’m glad they didn’t. I’m happy to hear a new record that sounds like the old. And that is with the acknowledgement that some of the stuff that can be heard on Death Magnetic isn’t even that great. The songs are really, really long – yes, like ‘the old days’- and on tracks such as 'The End of The Line' and the superfluous instrumental 'Suicide & Redemption' there is simply no need for an eight minute arrangement. In fact, it slows the album down in a way, spoiling the fun of hearing the reignited thrash sounds that we all love(d).
However, there are more than one moments on here that are really, really good. 'The Day That Never Comes' for instance sounds like a guitar hero challenge: starting off slowly in Black Album territories, slowly building up to a fast solo flooded Master of Puppets or Ride the Lightning ending. It’s exciting and very, very headbangable. The full metal jacket 'My Apocalypse' has that same effect (fast, faster, broke your neck, end of song). It’s Metallica song writing at it’s most powerful.
Some of the conservative critics argue that if a band other than Metallica would have released Death Magnetic, nobody would care. I think they’re wrong, since everyone would have said ‘sounds too much like Metallica should have sounded the last twenty years.’ So deal with it: I think this is a comeback.
Rating: 80/100
Continue Reading
» Lex on Death Magnetic
» Page 2: Neurotic on Death Magnetic
» Page 3: Gilles on Death Magnetic
» Page 4: Angel on Death Magnetic
» Page 5: Buzzin Hornet on Death Magnetic
» Page 6: Lex on Death Magnetic
» Page 7: Carn on Death Magnetic