Occult - Elegy For The Weak
I was handed this promo at the Metalrage meeting and after listening to it several times I already concluded that the sound was magnificent. The band in question here is Occult, who have established their name throughout the Dutch underground. Their releases have always been a stable mix between thrashy riffs and stamping death metal. Elegy For The Weak is the title of their fifth album, and to give you a little preview, it’s a killer. The album starts defiantly with Disturbing The Dead. Occult must have thought: No Intro’s! but instant madness. The song handles about the opening of graves and the desecration of bodies. The music rushes on with Nuclear Torment, a mid-tempo thrasher, which reminded me of Testament and is certainly one of the better tracks on this record. Testament is a name that crossed my mind several times listening to this album. There are many tempo changes and especially the drumwork is a big change during the album, however most songs have a constant double bass. The vocals on the album are quite neat and certainly better than Rachel, who now sings with Sinister. Although it’s quite hard to compare those two, because Rachel’s voice is a low grunt, and the vocals on the album remind me of The Crown. This album is quite variegated and is a good mix between fast up tempo thrashers, to more mid-tempo brutal death metal like work. The album rages on except for the 5th track, which is Expired, and an intro to the following track. Beside this track, there is no moment of relaxation and your eardrums will have a hard time to work this through. I definitely liked the album and have listened it thoroughly. Occult have delivered a masterpiece that can compare to past releases from The Crown and Dew-Scented. This record will appeal to both Thrashers and Death Metallers and is a must have album! Track List: 1: Disturbing The Dead 2: Nuclear Torment 3: Nocturnal Predator 4: Feel The Blade 5: Expire 6: Warbeast 7: Obsessed By The Grave 8: Slaughtering The Pigs 9: Reapers Call 10: Slut Of Sodom 11: Until The Battle (Bonus) Line Up: Vocals – Maurice Guitars – Richard Bass – Twan Drums – Erik
87/1001Details Karmageddon Media
Released on Monday Nov 30th, -0001 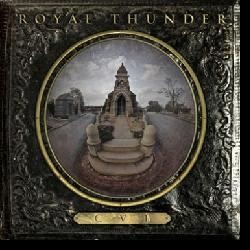