Maelstrom - It Was Predestined
Maelstrom was founded in 1988 and before the band began to roll, it was already disbanded. After all those years, all they’ve presented to the metal world is two demo recordings, and… that’s about it. The revival of these thrash metallers has spawned a lot of praise around the globe. The EP It Was Predestined is the latest product of these veterans, of which Metalrage recieved a copy. Let’s have a listen.

It Was Predestined opens with a rather long, atmospheric intro that bursts into a melodic, yet brutish riff. As soon as the vocals kick in, a lot of the magic disappears, though. There’s an occasional burst of melody and a death grunt, but overall the vocals are uninspired shouting that isn’t really shouting (think of vocals in the vein of Keep Of Kalessin’s Thebon, only much worse). It does not really fit the music, which is pretty okay.

There’s a few melodic loops in the guitar solos and the tight drums accompany the aggressive riffs. There’s only one problem. The content of this EP might be innovative, but it sounds too chaotic and experimental most of the time. The fact that there are only three songs on the disc don’t give much room for consideration, either.

In all fairness, it has to be said that there is potential to be found, but a three-track EP is pretty meager after all those years, if you ask me. The music is pretty cool, but the structures are chaotic and the vocals don’t really fit the music. Looking back, I don’t really understand why this EP is praised that much at all. If you want to hear something different, give this one a go. It certainly is not what I was waiting for. 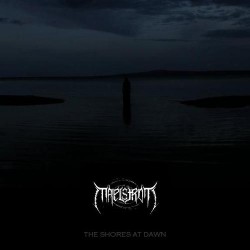 Maelstrom - The Shores At Dawn