Dÿse - Lieder Sind Brüder Der Revolution
I have encountered Dÿse several times on stage, and every time I was blown away by the sheer force and quality of this two man band. According to reliable sources they never really managed to translate this onto a record, until now. Lieder Sind Brüder Der Revolution holds what I’ve been wanting from these guys. Let me tell you more.
One takes a drummer and a guitarist, both can handle vocals, and you have yourself a band! On stage this two-piece always blows everyone away, making every person in the crowd an instant fan. Trust me, I’ve seen it happen to myself and others alike. Now this record comes quite close to what you experience in a show, yet of course not everything. Nevertheless this eleven song rock monster keeps you entertained for many hours, trust me. They gladly used the recording opportunity to do some stuff they can’t do live, like using trumpets (more than once on the record) and also an industrial beat is found on this disc, making their sound even richer and more dynamic. It doesn’t even bother me that they mostly sing in German anymore!
The creativity found on this disc is quite unmatched I feel, especially for a two man act. It showcases perfectly what these dudes are all about. Experimentation next to catchy as hell rock music, trust me since I’ve first played this record many parts have been stuck in my head for extended periods of time. Therefore I’d like to recommend this band to any fan of any kind of rock music, especially people that feel related to the Roadburn festival ideology and other scenes like that. I for one am noting this disc for my year-list, because I don’t think I’ll be hearing a better rock release this year. Fuck Them Crooked Vultures, Dÿse is what’s up! 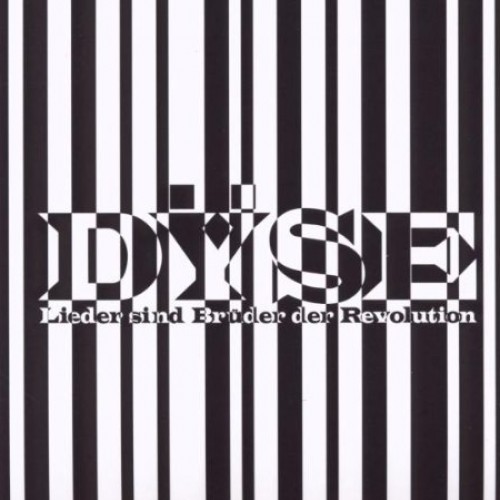 Other Related Content
We Insist!, Dÿse, A Whisper In The Noise, Beehoover, End Of Level Boss - Blisstrain: The Exile On Mainstream Roadshow (Live Review)