Rosetta - Quintessential Ephemera
A new album from Rosetta in de mailbox when you don’t expect it is always a surprise. On their fifth album they have added their longtime buddy Eric Jernigan from City of Ships. This means a mellower sound and sparkling clean vocals added to the massive Rosetta sound. Has the band matured and progressed over the year? Is it sounding less intense and deeper as earlier albums ‘Wake/Lift’ or ‘The Galilean Satellites’?

On both statements I can say yes when listening to the new album at first. They gave away a bit of heavy intensity and received tiny bridges of mellow intersections with normal vocals. Has one of the guys become a father maybe or is the band trying to do something different? That were my first thoughts when listening to ‘Quintessential Ephemera’. On the other hand it took me a while to get into their last previous album ‘The Anaesthete’ and the band has built up lots of credits so I don’t give up after two sessions.
After the calm introduction ‘After the Funeral (does this refer to the burying of the old Rosetta sound?) seven untitled songs are coming up. In ‘(Untitled 1)’ Rosetta sounds more like City of Ships’ old work than City of Ships does now due to the melancholic guitar work in combination with the vocals of Jernigan. Later he is battling constantly with the intense (and typical Rosetta) screams of Mike Armine.  When you step back a little from the record you finally get the point what the quintet tries to make.
The boys are focusing more on dynamics and the addition of a new member is new inspiration and ideas. After ‘(Untitled IV’) the pieces fit the puzzle and Rosetta grows sky high in intensity (as we are used from them). The catchy phrase “Made out of Nothing” is part of the climax building up until Armine’s vocals take over with dissonant guitar parts and the sonic outburst finish off ‘(Untitled V’). Well done guys and I have to admit the answer to the question if the band has gone less intense and deeper is a definitely a no at the second opinion!
I can only say with the addition of clean vocals the band has progressed into a new direction without forgetting the heavy sounds at the right moment. Where the previous album showed the darker moments; the new album has a much brighter and positive perception. No wonder it comes out in the middle of the summer. Closing anthem ‘Nothing in the Guise of Something’ has a melancholic atmosphere due to the keyboards woven into the sound. It’s again a new addition in the balanced new noise the band has put out.
In the end I only can congratulate Rosetta with their new achievement however you have to be patient. In times of short attention spans and people jumping quickly to the next candy of the week it will not be easy to find the spotlight. People, listen ‘Quintessential Ephemera’ intensively and I promise you will get rewarded! 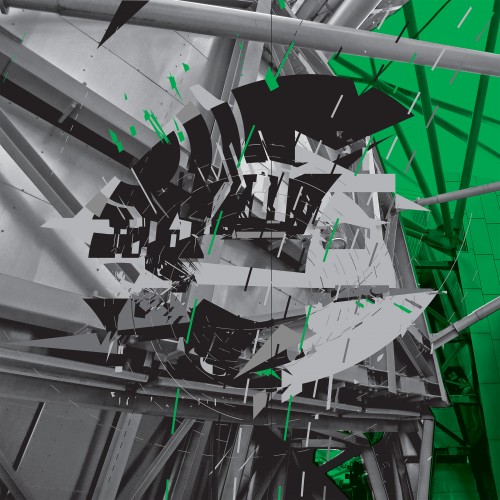