Nexus - The Paradise Complex
The land down under isn’t known that well for bands that play technical metal, but rather for its simplicity concerned bands (AC/DC, Rose Tattoo, Airbourne, Blood Duster, etc.)! Nexus is a band that tries to change that. The Paradise Complex is the first self produced debut album of this progressive, math-metal band out of Australia.

This album is a conceptual album, bringing us a story of a protagonist called Lhaarn’dHrr. He claims to have the ultimate source of knowledge and power. This story is guided by a dynamic album full with hectic, progressive math-metal. Musically Nexus has elements out of jazz, death-metal, prog-rock and try to mould it in one big complex and hectic piece of plastic. Of course it’s easy to compare this band to Meshuggah, but also bands like Cynic, Death, Symphony X and Dream Theater have made their influences on the band-members.
This album opens up with a song full of breaks and twists, it's clearly audible that these people know how to play their instruments. The production of the album is also very clear and powerful, although I really dislike the ‘triggered’ drum-sound. The album opens up with a fast blasting song, which reminded me of Meshuggah on speed. I know there are a lot of people who are really into this kind of math-metal, but personally it kind of bores me after a few songs. This doesn’t mean this is a bad album though, but it isn’t really my cup of tea.
One of the highlights of this album is the third song called ‘Genesis’, that opens up with a nice acoustic interlude and then blasts away into a fast song, to slowly unfold into a epic progressive math-metal song.
Nexus is a band that should tour with bands like Meshuggah or perhaps Opeth and I’m sure they will gain a new following. Check it out if you like traditional math-metal!
60/1001Details Self Released
Released on Tuesday Sep 1st, 2009
Prog Death metal/ Math-metal 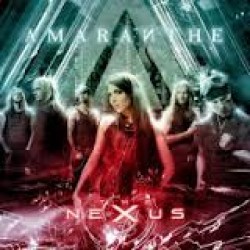