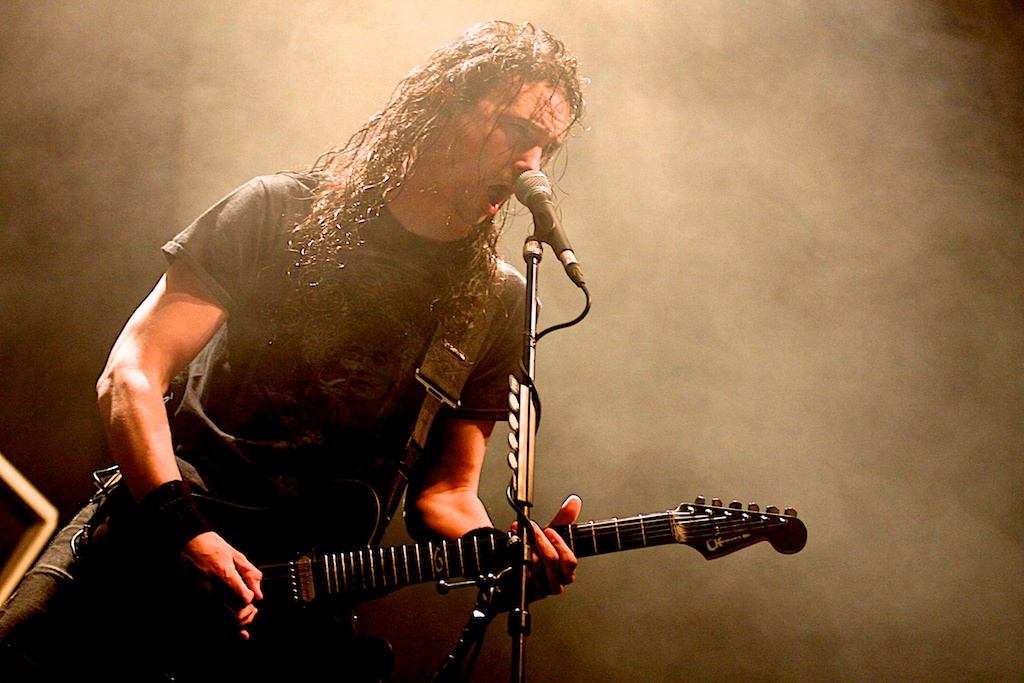 Death Angel – Phoenix
Every festival needs a good thrash metal band and this time we were treated with the Bay Area thrashers of Death Angel. At this point the three days of festival clearly were taking their toll, with enough people not able to stand on their feet (mostly due to the liquor) or others tired of the cold weather conditions. At Death Angel’s gig all these discomforts were soon to be forgotten due to an energetic performance, a good interaction between the band and the crowd and the just plain simple and effective thrash songs they fired upon us. Mostly hard and heavy, but also with a nice cover of Black Sabbath’s classic ‘Heaven And Hell’ they impressed us a lot more than for example Testament the day before did. After three years of touring they’re returning to the studios for writing and recording new material. Judging by the spirit these guys still possess it’s going to be a release to be already looking forward to. (Gilles)
The Gaslight Anthem – Apollo
One of the few moments for me to enter the mainstage area was because of this band but after a couple of songs I came to the conclusion I should’ve skipped this one. The once young and brave punkers from Jersey didn’t take any form of action to entertain the audience. It took almost 5 songs to even get a glimpse of a smile from Bryan Fallon. Of course the fans could enjoy the setlist that was nicely divided across the albums but almost every song was played on the automatic pilot. When I compare this with previous shows I’ve seen of them it even hurts me. An utterly disgrace for The Gaslight Anthem. (Niamen)