Metalrage recommends - John Coffey's pub crawl 2014
The star of John Coffey rose high after they released the album Bright Compagnions. The toured through Europe and played almost every festival in at least The Netherlands, Belgium and Germany. At the end of January 2015 they will release their third full length with the new The Great News. The release parties will be held in Amsterdam, Brussels and Cologne, but before it’s time for the big shows they once again return to the small café’s, youth centers and bars were it all started under the pub crawl 2014 banner.

Past November they did the German stint of the tour and in December it’s time for their home country. This short tour takes them from Rotterdam to Eindhoven, Groningen, Nijmegen and Goes but they kick off in their former home town Barneveld. We from Metalrage will review that first show for sure, but don’t be a fool and don’t just read about it. Go to one of these gigs, cause maybe it’s the last opportunity to see them in this kind of small and sweaty places. 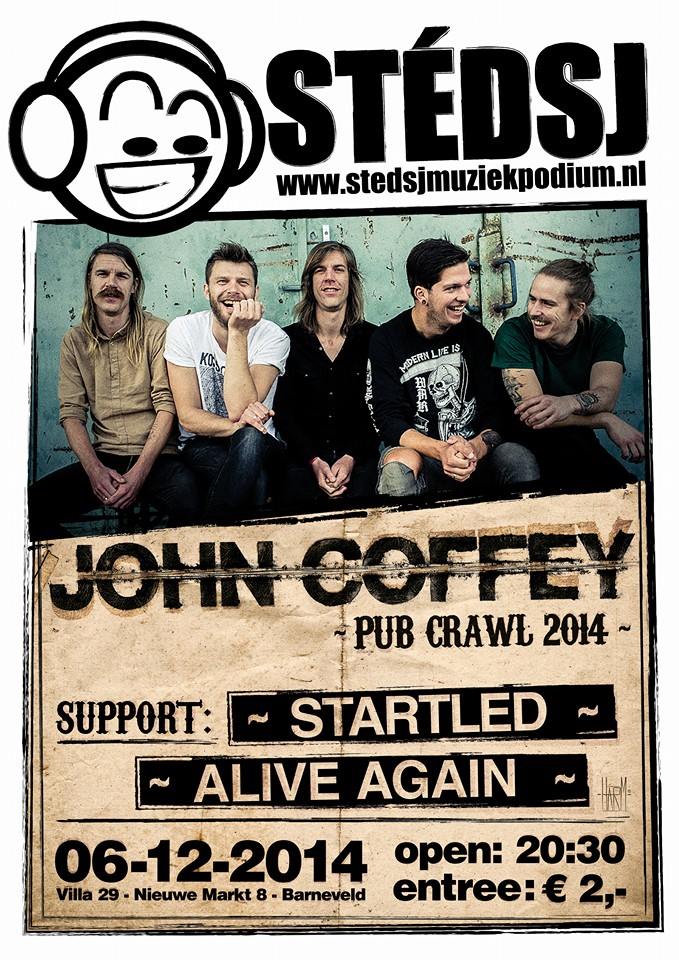 Paaspop 2015 - Not enough metal but still loads of fun

John Coffey and support - Back to the roots