Red Vultures - Enjoying creating and playing music
During our stay at Paaspop we had the pleasure of talking to the Dutch rock formation Red Vultures. Two members of the band, Tony (Guitars/Vocals) and Patrick (Bass), also came to the festival to see the Rival Sons and The Black Marbe Selection (re: featuring Patricks son). Enjoying the warmth of ‘t Kiske and a cold beer we talked about being in a band, recording their debut full length Damn Pretty and music in general.
Backgrounds
Both Tony and Patrick go way back, they actually played together in another rock band called Vals Licht. When that band stopped they stayed close but went to walk different paths. ‘After Vals Licht broke up 6 years ago I started playing Bass in My Favorite Scar and when that adventure ended for me we started working with our current project Red Vultures’ Patricks tells us. When Vals Licht stopped Tony just kept writing new material in his home studio. This is also how they started Red Vultures; ‘All of us have less and less time. Composing songs has become a quick process. When I write a song I just send it to the guys for feedback. Luckily Patrick lives two blocks from me and he comes to my place to check out new material. And then we just wanted to do something with these songs. We then reached out to Mike (re: drummer, Within Tempation) to record these songs in his studio and he joined us on our first official recordings.’
The first public response
After the band released their first EP the response was unexpected. ‘We instantly received quite a lot of requests to play shows in clubs or at festivals. This was a bit overwhelming and we needed a live formation and more songs. So in the beginning Frank Kleuskens joined the band on stage to play guitar. He just stopped with the Heideroosjes and was enjoying the time with his family and was not available non stop. We then chose to continue with Daan Janzing (re: My Favorite Scar). Besides that Mike is always extremely busy with Within Temptation all over the world so he was not able to play live so we have Jarno van Osch during our shows. He plays in a Metallica cover band called The Unforgiven’. That first EP brings back some good memories. ‘We recorded the songs for that EP almost in one take each. Live, together in the room. Our good friends CJ and Frans Vermast helped us recording in this concrete storage facility. We completed this within two days. The second EP was recorded at the Audioworks studio in Hoogeloon. We just wanted to take it to the next level. However we maintained the same process of recording as much as possible at the same time. We wanted to keep that live vibe in our sound.’
Completing the album 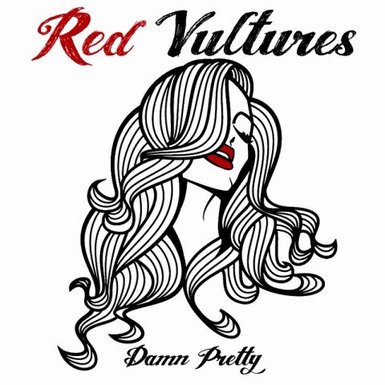 After recording the two EPs and never really releasing them the band was ready to create that long anticipated full length album. ‘To complete the record we wanted to record 5 extra songs. But our funds were insufficient to go to a professional studio again. So we decided to do it ourselves this time without a producer or studio. Daan was on board by this time and he works in the studio with Oscar Holleman. By then we knew what kind of sound we wanted and had all the tools and equipment to do it ourselves. And as long as we could do a good job on Mike his drum parts we could really make it work. The hardest part is to have the three individual recording sessions to sound as one. So we remastered those others songs and in the end we had an album which actually sounded like an album. And after asking various people we knew nobody could really tell us the difference in sound between the songs. Which is strage if you know the difference in budget between the second and third session.’
Selling music
Releasing the first two EPs digital only the band now is releasing their full length album on CD, which nowadays is almost seen as a legacy format. The band was told to do this by the people working for them. ‘We released our album because it is selling really well haha. No, really we do understand this question. Most of the people enjoying our music would love to have our record on vinyl, just like us. But when you look at the financial aspect of releasing a physical format the CD is really interesting. It is cheap and quick. And when we decided to take the next step we started asking people to promote us, book us and fill in the gaps. They told us it would be necessary to get the album on CD just to get it out there. And during our release show only we sold around a 100 albums, together what happened in the following week we achieved a Dutch chart entry on spot 45. And to be honest it is stuff like that which creates that next step for a band like us.’
Music videos
Having a video is extremely important for bands which target a younger audience. Teenagers are listening to music on Youtube and having a presence there is important. Red Vultures is not really targeting these kids but they do have various videos. Their latest one is for the track New York for which they first created the video, and then the song; ‘Patrick went on a holiday to New York last year and he almost shot all footage himself. About 80% of the footage is shot by Patrick. By the time he came back I had a track ready which ended up being the song New York.’
Today and the future
And even though the band is present as a guest today, they sure would have love to play Paaspop; ‘Our album got release a little bit too late, they tried getting us here but it just wasn’t the right moment. And to be honest we enjoy every day we get to play and write new songs and music. We are already working on new material for our next album which we plan to record in 2016. Especially those processes are what we are doing this for.’
Details Written on 2015-04-19
Writer @Buzzin Hornet

Other Related Content
Pop Evil - Up (Review)
Nothing More, Zoax - A very intimate headline show which will blast you away (Live Review)
Win 2 x 2 tickets and shake your ass at Every Time I Die in Patronaat, Haarlem ()
Paaspop 2015 - Not enough metal but still loads of fun (Live Review)
36 Crazyfists, All Hail The Yeti - Unfortunately not the best show of the band (Live Review)
Dropkick Murphys - Beer, rock and the cutest girl to ever wear glitters (Live Review)
Note To Amy - Life Is Not Enough (Review)