Oceansize - Atmospheric skills
Last week we went on a trip again. We drove to Nijmegen’s Doornroosje to see Oceansize play. A few of my friends already saw Oceansize before and were totally thrilled about them. I only knew Effloresce and heard some sketches from Everyone Into Position. I did like it, and still do, so together we went to see them play.
The venue got stuffed with people. And later I would understand why. Oceansize owns their genre. Of course their music is very atmospheric. And if you’re not really into their music it could sound long-winded. Still you could probably enjoy their show. Not because of their charisma. Their bass player and one of the three guitar players looked so dull. Did I mention they’re from the United Kingdom….?
Anyway, so they’re with three guitar players. And they all rock out on it! They’re so skilled. Especially their singer, who also plays the guitar. And the best part is that they don’t overrule each other. You should think it would be too much. But they know just how to measure it. So even though the sound wasn’t all it that night, it sounded good. Hmmm, how strange does that sound?
Okay, I’m a drummer. So it’s almost obvious that I should worship Oceansize’s drummer. But I won’t. Alright, he kicks ass on the drums. He does things that I shouldn’t even try to do. But he does it that much that, unlike the guitarists, he overrules it. Come on man, we know you’re skilled. But just sit back, relax and throw in a rhythm and play it a little longer than 10 seconds. And don’t hit that hard, it hurts to see you’re kit scream in pain. He had to change his snare in the middle of the show! But hell, everybody has his style. And like the rest, he’s good in what he does.
And that’s it with Oceansize. They’re good in what they do. They’re good in their genre. That’s what made it special for me to see them play. For me, this is typically one of the bands that made me listen differently to their records after visiting one of their shows. In a positive way of course.
Love Maurits
Details Written on Monday Nov 19th, 2007
Writer @Maurits 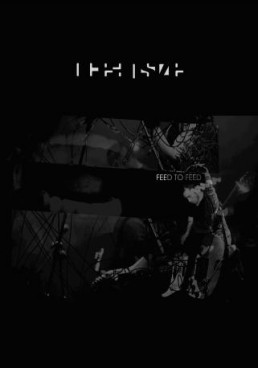