Rob Zombie: new album title, release date revealed
Rob Zombie has set "Venomous Rat Regeneration Vendor" as the title of his new album, due on April 23 via Zodiac Swan/T-Boy/Ume. T-Boy Records is veteran rock manager Andy Gould's new partnership with Universal Music Enterprises (UMe) which will serve as an umbrella label releasing new music and albums from established iconic hard-rock bands with major followings. The Cd was produced by Bob Marlette, who has previously worked with everyone from Black Sabbath and Alice Cooper to Wilson Phillips and Lynyrd Skynyrd.

In an interview with the Toledo Free Press, Zombie stated about "Venomous Rat Regeneration Vendor": "It seems to happen every couple of years or every 10 years or every five years or whatever, you have a moment when it all comes together. Not that the other records are bad, but not every record can be like the most inspired event in your life. But for some reason, this one feels like it is. The songwriting, the sound of it, the vibe, the production â€” it's special."

According to Zombie, fans can expect an album that touches quite a few musical bases.

"It's stylistically sort of a little bit of everything," Zombie said. "Fans of my really old stuff will love it because there's a certain aspect of it that's very reminiscent of that. But it also is very looking to the future. It's hard to describe music to somebody if they haven't heard it, but I feel like it's the best of all of the things I've done. I've finally found a perfect match between the old stuff I did and the new stuff. That's the way it sounds to me anyway."

The singer released a collection of remixes of various Zombie tracks on August 7, 2012 called "Mondo Sex Head". The remixes feature some of the hottest names in the growing electronic dance music scene, along with contributions from Jonathan Davis of Korn and Chino Moreno of Deftones. 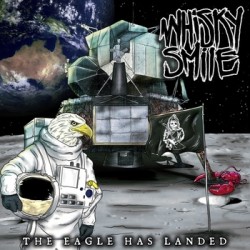