36 Crazyfists - A Snow Capped Romance
36 Crazyfists is a band with a history. Even after years of hard work in the rock and metal scene of Alaska, the much-hoped "big break" stayed out. The future looked uncertain after the death of their bassplayer, but the band decided to cary on. A new bassplayer was found, and the guys moved to Portland (Oregon). Finally a demo found its way to a label after a tour with Skinlab. A record deal with Roadrunner Records was made, and [i]Bitterness the Star[/i] was recorded. Because of the quick deal, the band didnt have much time to write new songs, and had to record the cd with a mix of older songs that they already grew tired of playing live, and songs basically written during the recording process.[i]A Snow Capped Romance[/i] had a less stressfull songwriting process, which has paid off.
[img]http://www.36crazyfists.com/shared/pictures/36Crazyfists/Image1.jpg[/img] Where [i]Bitterness[/i] covered the darker experiences of vocalist Brock Lindow, [i]Snow Capped[/i] is about the things that makes his life worthwhile. Themes like 'friendship', 'loyalty' and 'home' are a big part of the lyrics. Lindow's vocals are unique, and are not liked by everyone; a weird mix between Billy Corgan (Smashing Pumkins, Zwan) and Chino Moreno (Deftones), two singers who are "famed" for their own sound. Musically the band improved alot compared with their roadrunner debut. The songs are way more dynamic and powerfull, and they all have one or more "hooks" that draw you in. The style of the band is still a mix of modern metal and the more melodic experimental hardcore that we know from bands like Glassjaw, Boysetsfire and the Deftones. Fortunatly the band knows to put out a great balance between agressive and melodies with songs like 'At the end of August' and 'Bloodwork'. The production is excellent as well, the disc truly is one of the best sounding cds I've ever heard. [img]http://www.36crazyfists.com/shared/pictures/36Crazyfists/02(1).jpg[/img] Because of the excellent songwriting the cd pulls you in from the beginning to the end, and it does not suffer from a "dead" moment. [i]A Snow Capped Romance[/i] is one of the best cds in its genre, and will certainly bring that big break for the band. 36 Crazyfists are: Brock Lindow - vocals Thomas Noonan - drums Steve Holt - guitar Mick Whitney - bass 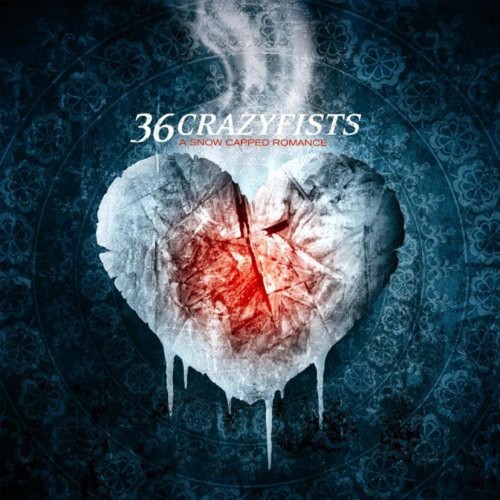