Fortarock 2016 - A heavy day in the park
Organized since 2009, Fortarock is back for its 8th edition. Once again the Goffertpark was the place to be, although this year was organized as a 2-day event with a 8 bands on 2 stages on Saturday and a whole festival day with 18 bands divided over 3 stages on Sunday. Metalrage was present on the Sunday with Buzzin Hornet, Niamen and Gilles. Let’s see how this year’s edition went, knowing just before arriving that Rock Am Ring was cancelled due to heavy thunderstorms. 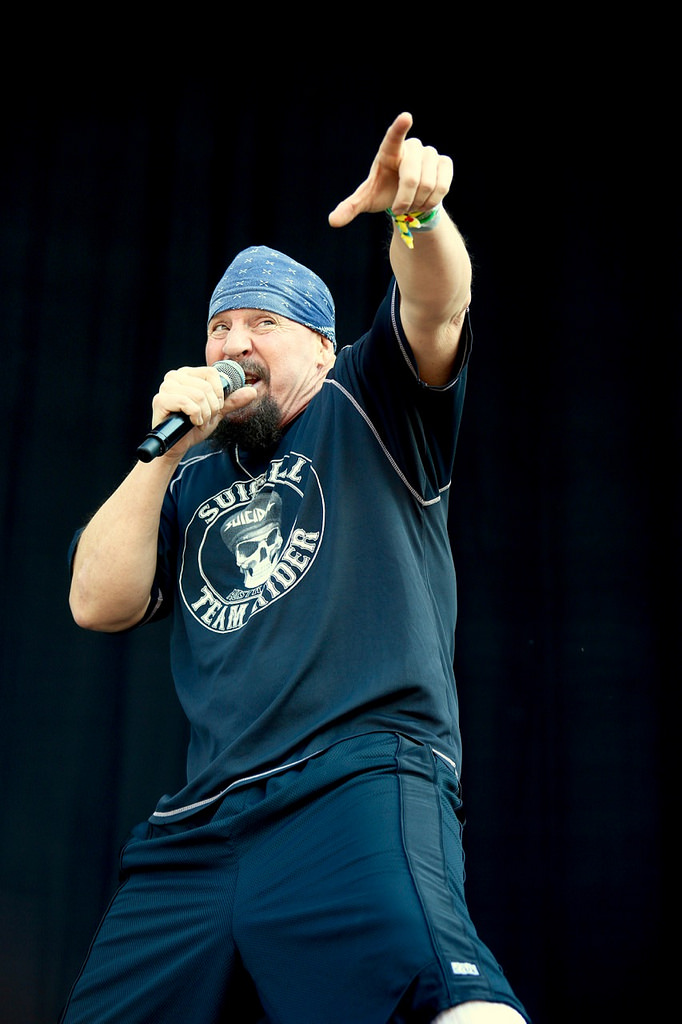 Although not the first band of the day, when Monster Truck was playing a lot of people were still entering the festival area and were busy with tons of other things. The merch needed to be checked, tokens had to be bought and there were friends to catch up with, because you only see them at these festivals. For many visitors Monster Truck therefore was nothing more than some pleasant background music during the first moments at the festival. The sound was good, the people who did watch the show saw a heavy, grooving band playing straight forward rock ‘n roll. Pleasing for the ears and very accessible as a kick-off. (Gilles)
Since it’s widely known that Suicidal is definitely a live band and considered their amount “hits”, I’m quite surprised by their early spot on the mainstage. On the other hand considering the names that are on the same stage the organization had probably no other way. But since ST started the set with their infamous ‘You Can’t Bring Me Down’ it’s pretty obvious that it really doesn’t matter when the band is playing. Mike is always running around like a total lunatic and doing his signature moves. Although he is not always completely on point with his vocals. It’s easily forgiven since he made up with the energy he puts into the show. A lot of younger band could learn from this. Backed up with a rather old school set they do get the party started and is definitely one of the highlights of the day. (Niamen)
Next up on the smallest of the three stages, the Heavy stage, were the doom metallers of Swallow The Sun. Last year the released the triple album Songs From The North I, II & III, which received positive critics. Today the played early on the day and although their music holds a lot a quality, their doom goes better with a dark and sweaty little venue than on an open stage, at the beginning of a festival with a bright sun and high temperatures. They did a good job and the fans probably liked it a lot, but I doubt if it attracted people who hadn’t heard from them prior to Fortarock. (Gilles)
Dark Funeral has just released their latest effort called Where Shadows Forever Reign which led them to the second stage of Fortarock. The organization was probably looking for a band they could combine with Abbath who would take the same stage an hour and a half later. Considering black metal isn’t definitely everyone’s favorite I didn’t expect to see the huge amount of people showing up to check out the band. But on the other hand I also didn’t expect the tent to be half empty at the end of the set. It has probably something to do with the fact that the entire band acted like a bunch of grumpy old men. Between the songs vocalist Heljamadr mumbles somethings in the microphone but that’s it. Too bad since I do dig their latest effort. (Niamen) 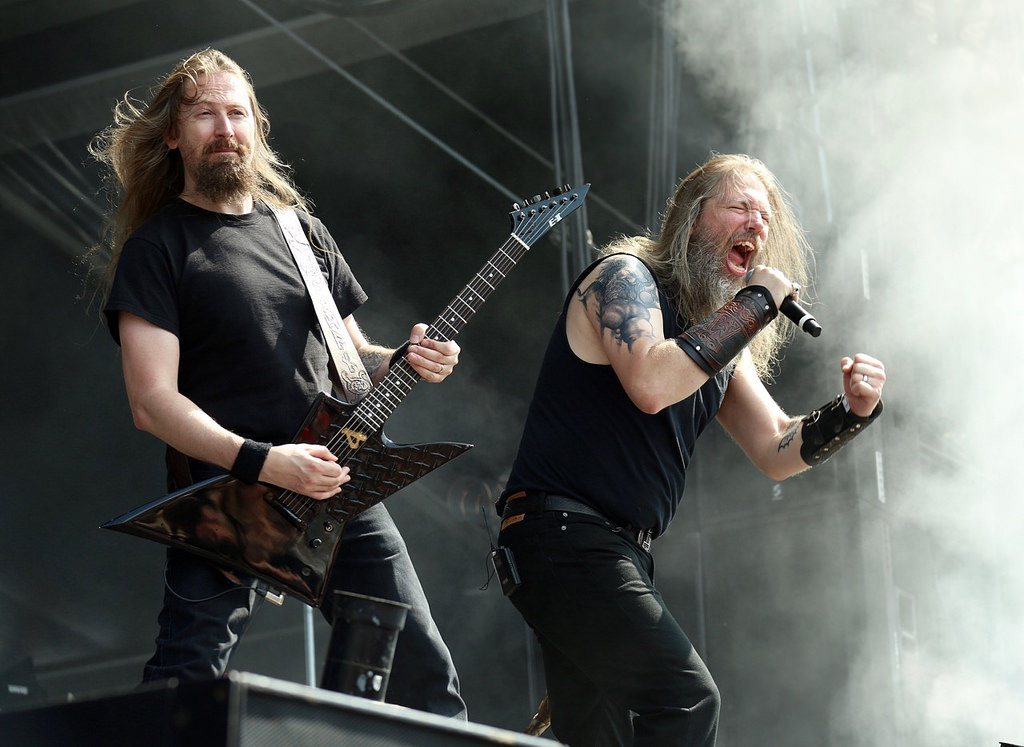 With the Northern Gods on their side, Amon Amarth were the first band to really get the big mass excited. With songs from the latest record Jomsviking and a best off selection from their older work they got the horns up high in the air. Both the new and the old songs got quite a good response. This was definitely one of the bands people were eager to see and they definitely delivered. Their Viking themed music went well with the beers that were being poured. Later this year they’ll be doing a club tour again and I think these shows will be sold out quickly. Their fan base keeps on growing and with these kind of quality performances they also get on the festival bills higher and higher. (Gilles) 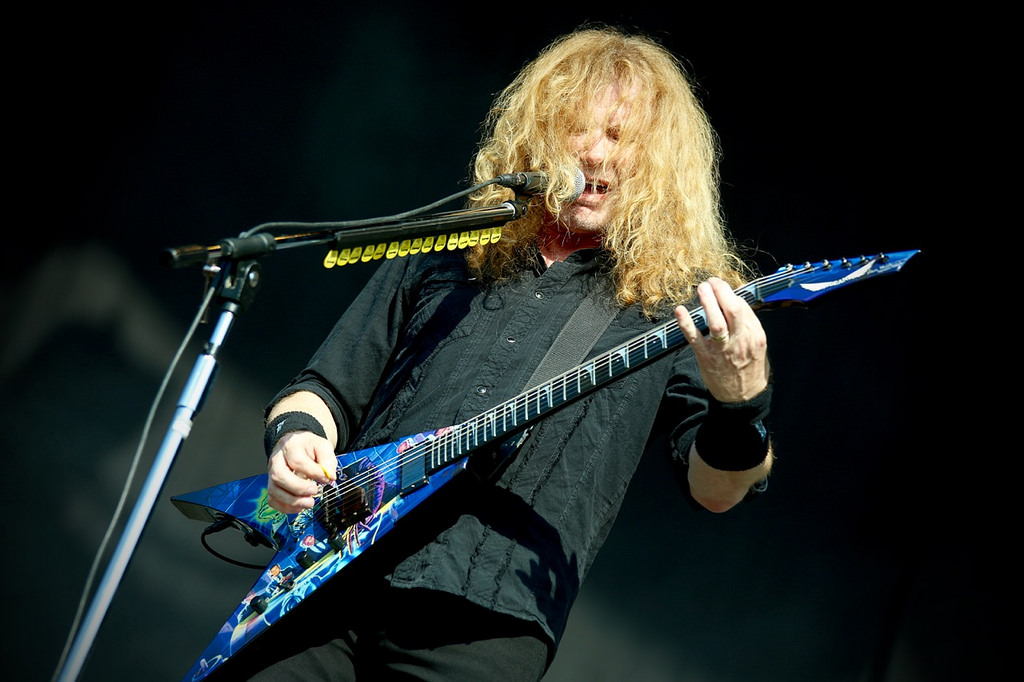 Cranky old Dave, otherwise known as Dave Mustaine, gave a rather descent show. But considering a festival show you could’ve chosen to bring in more old songs instead of playing 3 songs from the new album. Definitely if you see all the old farts present at the festival and know that Babymetal is to play next so all the younger folk would probably leave early, which of course happened. In the end it was a descent show but missing out on In My Darkest Hour, Poison Was The Cure or even A Tout Le Monde was a bit pity. (Niamen)
One of the most appealing bands on the bill prior to the festival was the Japanese act Babymetal. Three cute teenage girls, dressed in Japanese gothic/punk lolita styled dresses and backed by a heavy metal band were the cause of many raised eyebrows. When the first song kicked in, the Large Rockhand Stage was fully packed and during their show it didn’t get any emptier. It was the first time for them to perform in The Netherlands and according to some it’s just a bad gimmick, others were shouting along word after word though. They got the most extravert fans and we saw multiple fans dressed in the Japanse anime style to express their fandom. Fact is, whether it is metal enough for this festival or not, the show was highly entertaining and a great amount of people enjoyed this unique act. (Gilles)
Disturbed released a new record last year, but for most of the people it remains the band from the album The Sickness and more specific the song ‘Down With The Sickness’. Today they played on the main stage, just before headliner Volbeat, and for some this was a perfect festival setlist. For others it was just waiting on closing track ‘Down With The Sickness’. Personally I think they did a good job quality-wise, but you can argue about their chosen songs. Or should I say: covers. In total they played 5 covers and for me this was just too much. ‘Killing In The Name’ was a good choice, but covers from U2 and Simon & Garfunkel were a bit questionable. (Gilles) 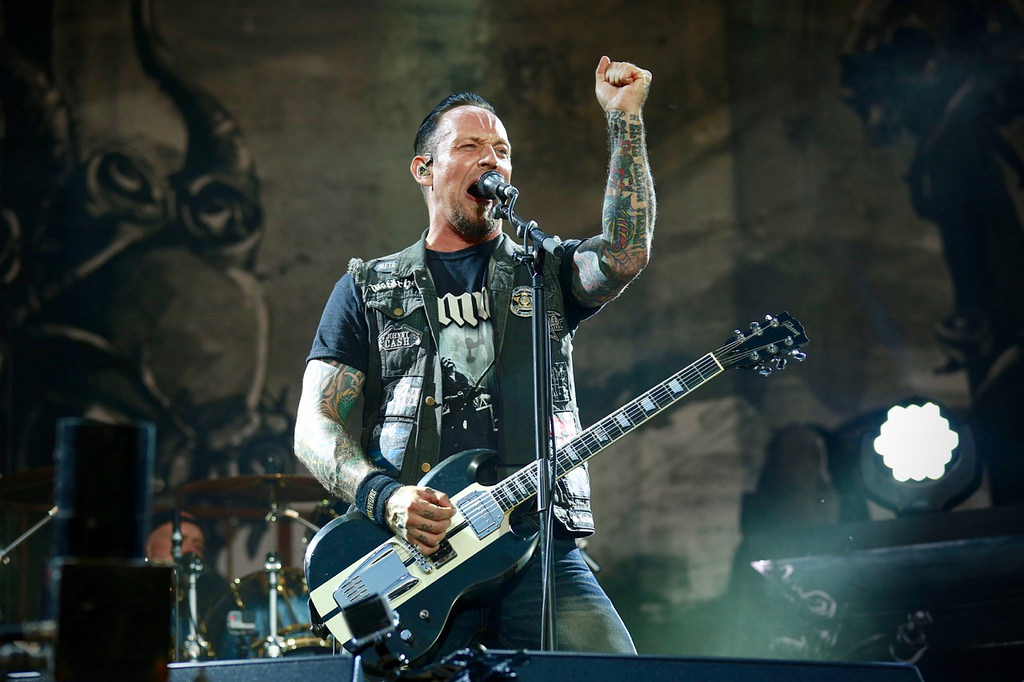 “King Diamond plays Abigail”, definitely a show that I wouldn’t miss for the world and it turned out to be the best show of the entire festival. The impressive stage production made expect a lot from the show and from the first chord till the last notes the expectation that I had was completely fulfilled. The cast that acted throughout the show took their job very seriously and even the stagehands where clothed in cowls. All this combined with the music made it an experience to remember. While the band played their asses of an acted like it was the last show on earth lifted the king himself the entire set to another level. Being able to still hit the notes after all these years and do some acting along the way was certainly the highlight of the day. (Niamen)
Headliner Volbeat literally started with a big bang and some fireworks. They did their best to headline this festival in a good way, but I don’t think they’re really headliner-worthy when looking and the closing acts from the past years (Rammstein and Iron Maiden amongst others). The biggest focus for the band was on their brand new record Seal The Deal & Let’s Boogie. Although there’s a new record, the band tends to let every song sound alike and personally they couldn’t convince me it was something different this time. Fans got a solid performance, but the general metalhead lacked a fierce closing act of proportion. Also because this year it was organized on a Sunday, many people watch a couple of songs and returned home to still get a good night sleep before going to work in the morning. (Gilles)
Fortarock got a bit lucky with the weather and the festival had a great vibe, but being organized on a Sunday was a bit of a letdown and Volbeat as a headliner was a bit of disappointing as well. Hopefully they’ll manage to get a big closing act for a Saturday next year and build their program around it.
Details Written on Saturday Jun 11th, 2016
Writer @Gilles