Metalrage Recommends - FortaRock 2015
Just a couple of days and it’s time for the FortaRock festival again. It all started back in 2009 in a park called Brakkenstein in the city of Nijmegen for the biggest metal festival of the Netherlands. The 7th edition of this festival will be held on the 6th of June and will be held at the famous Goffertpark (their homebase since their lustrum).

The biggest advantage of this festival is the atmosphere in combination with a good variation of bands. They always manage to book a diverse set of bands and with a total of 18 bands, divided over 3 stages, we’ve something to look forward to.
This year the headliner will be Iowa’s very own masked Slipknot, touring in support of their fifth record .5: The Gray Chapter. The first album after the death of founding member Paul Gray. Expect an energetic, chaotic and aggressive performance and a visual spectacle. Further bands to look forward to are amongst others extreme metal legends Venom, the very diverse an innovative mathcore act Converge, thrash legends Exodus and death metal band Dying Fetus (which caused some minor commotion due to posters with their name on it hanging near a local hospital).
Tickets are still available. (click here) 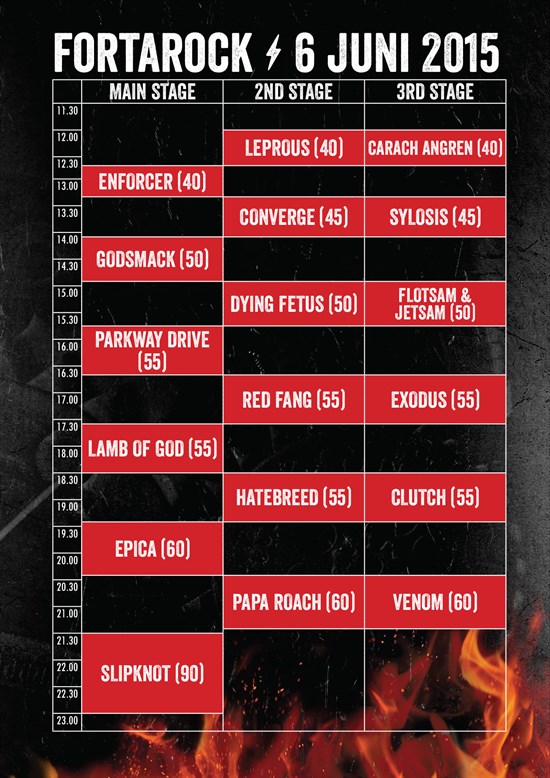 Details Written on May, 2015
Writer @Gilles