During my first visit to Hungary's Sziget Festival I actually went to see Superbutt. Too bad I never made it to the stage, I got 'stuck' at a beer tent half way through and ended up singing along Metallica and Pantera classics that the nice people were blasting through the sound system. But If I did got to see the band I would have found out (like I did a year later) that these guys know how to rock.

Anyway, on with the real content of this review! Superbutt hails from Budapest (Hungary), and the band has grown to be one of the frontrunners of the Hungarian rock and metalscene. Stylistically, the band moves between Primus` oddity and funkyness, System of a Down's dynamics, chaos and energy, all mixed with a nice bunch of rock and metalriffs topped with sing-along choruses, courtesy of frontman Andras Voros. Black Soup is the band's third full length album and it seems that they have finally managed to put their style down on a record with an excellent production. Not all the songs are instant-hits, but the level of songwriting is on a high level throughout the album. Tracks like "Mother Goose" (with the lyrics "Rub a dub tub, two men in a tub, And who do you think they'd be? Osamo and Georgie laying down plans, To fuck-up you and me") will surely find their way to the more political orientated music listeners out there.

So, worth checking out? Yes, especially if you have a thing for the similar bands I mentioned. Superbutt is one of those few bands that has a weird name and isn't afraid to take their own kind of rock 'n roll to a new level. And do you want to see these guys live? If so, check them out at the following dates: 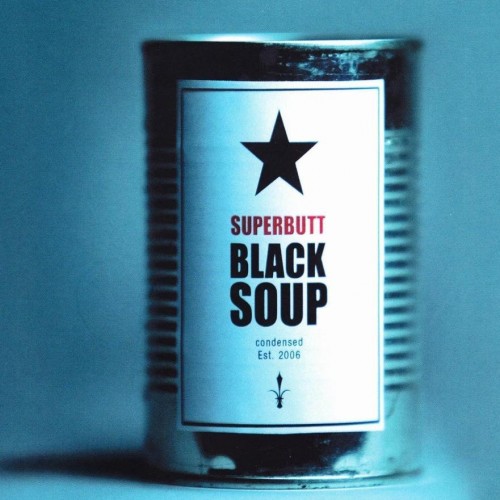