Ilydaen - Maze
Ilydaen is mainly an instrumental Post-Rock band from Belgium. Existing from 2009 I discovered the band somewhere in 2012 as support for The Pirate Ship Quintet when they only had self-released the EP Exordium. At that moment the band was a decent act trying to make a change in the Post-Rock scene.

Small boys are growing up and so does Ilydaen with their second full length album Maze. The album Digressions was a step forward; with the new one the band has become mature without losing the young boys mentality. For the first time vocals are explored and the songs are kept to the point. They have listened well to Pg. Lost and Russian Circles in terms of less is more and use the right riff as focus point of the song.
Directly in ‘1/121’ and ‘Curves & Saeptems’ clean and a bit of screaming vocals are added from bass player Erik Braun. He has a very distinct, warm and focused voice that gives the music the bit extra that’s needed. The music stays dynamic with layers and small ideas without being lost in a maze.
In ‘Argon Walls’ and ‘Breach’ the vocals are going into the freezer and sporadically return in ‘Quandary’. These three songs are showcasing the dreaming side of Post-Rock. Especially the great guitar melody at the end of ‘Quandery’ strikes. Ilydaen is not the next big thing in Post-Rock nor reach the same brilliance as the new Jakob for example; it just gives the fan a good time.
‘Daedalus’ is an interesting song too. With the subtle detail of ticking at the edge of the snare drum, this song gives another side of trio’s musical spectrum. ‘Shelter’ is the only song left, based on a heavy Post-Rock riff the three-piece band says goodbye with a brief statement. Congrats guys with the outstanding album Maze! 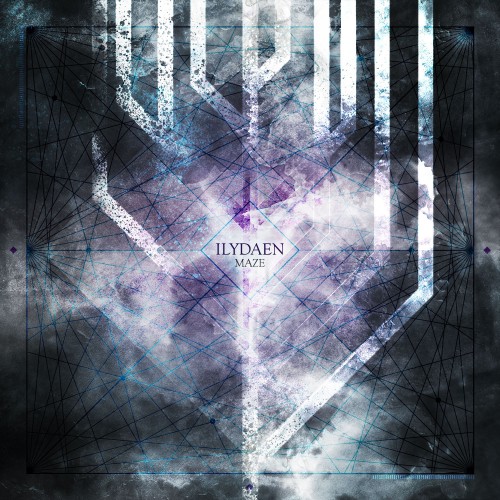