Neuk! - Bloedend Hard
Neuk! (Translated: Fuck!) is a Dutch rap metal/hardcore formation which formed back in the mid-nineties and released three albums between 1997 and 2001. The vocals are also in Dutch which is a rare phenomenon but the band does manage to impress and are able to build an impressing following. When they break up in 2006 and play a one-time gig in 2007 they announce new material will follow soon. Now 9 years later the band has finally delivered. The album is called ‘Bloedend Hard’ and contains 17 brand new tracks.
It is always difficult to write an English review regarding an album with Dutch lyrics and most foreign people will probably never listen to this record. For a lot of the older generation of metal heads in the Netherlands however this new album might be an interesting listen which will bring back a lot of nostalgia.
After a one-minute intro the first song of the album kicks in called ‘Nageboorte’ (Translated: Afterbirth) where the band claims this is not a comeback but proof that they cannot be broken and they are a hit producing machine. A clear statement which flows throughout the record and overall it clearly reminds the listener of their older material. The in your face riffs and sometimes extremely catchy lyrics take me back to the early times of the genre. Personal favorite of the album is ‘Een Knaak in je hand Bloed in je onderbroek’.
It is great to have these guys back with a new record and let’s hope they are going to play some shows or festivals again. It will amaze a lot of people how many people these guys still attract when they play but when they start playing you understand why this is. It took them 9 years to release this album but it was sure worth the wait. 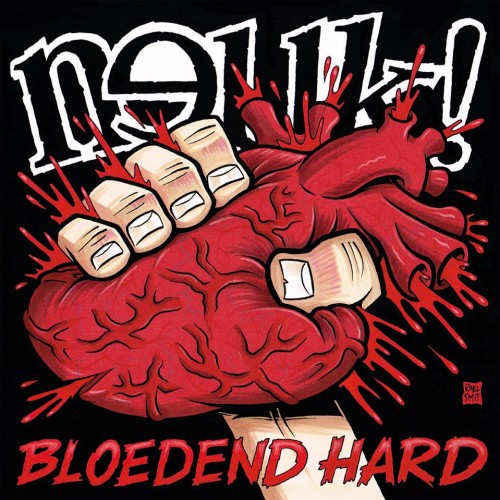