Delain - Lucidity
Lucidity is the impressive debut album of Delain, a unique gothic rock project initiated by (ex-Within Temptation) keyboardist Martijn Westerholt. He has surrounded himself with a number of extremely talented musicians such as Finnish bassist Marko Hielata (Nightwish, Tarot), guitarist Jan Yrlund (ex-Lacrimosa) and Norwegian vocalist Liv Kristine (ex-Theatre of Tragedy, Leaves' Eyes). A number of renowned Dutch rock musicians contributed to the project as well: singer Sharon den Adel (Within Temptation), guitarist Ad Sluyter (Epica), drummer Ariën van Weezenbeek (God Dethroned), singer George Oosthoek and guitarist Guus Eikens (ex-Orphanage). Delain has room for new talent as well: the young and relatively unknown singer Charlotte Wessels (ex-To Elysium) contributed most of the vocals on the album. Let’s find out about the latest signing of Roadrunner Records: Delain.
Listening to this album a couple of times made me realise I’ve been quite ignorant towards gothic music for several years. The Dutch goth rockers from Delain finally made me opening my eyes for a genre that didn’t appeal to me at all before the release of Lucidity. And that alone is worth a compliment!
But I gotta say that compliment especially goes up for the first half of the album. Here and there are some weird songs with male vocals that really scare me off. An example of that is the song ‘The Gathering’, what a weird intro! The female vocals on the other hand are great! As always with goth music they’re really melodic and high and after pushing my invisible ‘open mind listening session’ button I can definitely appreciate the way Charlotte Wessels sings. For people who like to sing along, this genre is one of the few ones in the rock/metal world that actually gives you a warm welcome from start to end.
What to expect on Lucidity music wise? Nothing but melodic female vocals accompanied by very melodic instruments. The keys are very present (which isn’t bad at all actually) and the guitar riffs are most of the times pretty simple. I think the problem with this music is that the songs start to sound alike after you listened to like 6 songs.
Delain is a must for all the goth music fans, just take a look at the list of project members and you’ll agree with me. For those who like fairytales, this might be your thing as well…’cause when I listen to this music, I feel like wandering around in the dark woods of the evil witch in a fairytale. Hmm…maybe I should stop now before getting to childish. But really, I think another good description for this kind of music would be: fairytale rock. 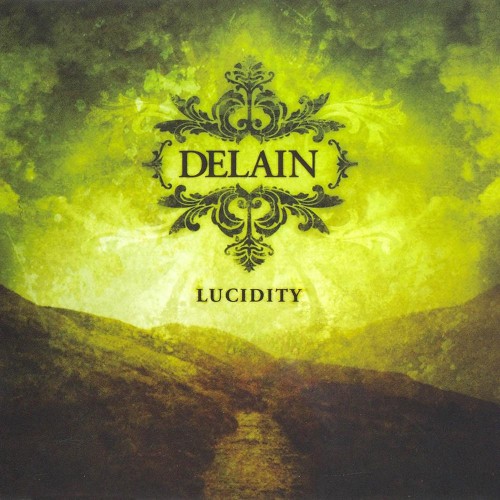