Patrick Dorobisz - Sneeuw
With two blue boots (they look like UGGs) on a white background as cover artwork, the name Patrick Dorobisz and the title Sneeuw (Dutch language for Snow) I had no idea what to expect. When you look at the promo picture of mister Dorobisz he looks like an old glam rocker. So when you read in the biography he played in a Progressive Rock band in the Seventies that gave some more clues. Not really when you listen to the double album Sneeuw. With his background of studying at the Academy of Fine Arts it’s not a surprise the music is a repetitive mix of electro-acoustic music compositions. He has reprocessed several classical works with the computer so you hear a pretty bizarre mixture avant-garde music combined with electronic minimalism and classical piano, cello & violin parts.

He opts for the extra ordinary way and most of the times you think you are listening to radio play. Other moments the classical music atmosphere on a cello is combined with haunting and dark soundscapes such as in “Extended Games”. This is the ending song of disk one. Roughly the first disc mostly concentrated on dramatic classical music being reprogrammed through the computer. With repetition and extra layers of ambience he has created a strange musical landscape with some dark moments.
CD2 starts completely different with repeating Marimbas and Clarinet sounds. The music is abstract and it is hard to get into the sound until he is adding cut n’ paste beats halfway through “Muziek voor Klarinetten”. On this moment it sounds if mister Dorobisz has asked Venetian Snares for a remix. The abstract way continues and takes much effort to stay concentrated at the music.
Why the French artist, who is the son of Polish and Lithuanian immigrants uses the Dutch language (album title and the song “Muziek voor Klarinetten” (Music for Clarinets)) is easy to declare; his wife Veronique Vanhoucke was born in Oostende, Belgium and she plays piano on his album.
Mister Dorobisz strikes back in “Il était une fois” with the computer synthesizer sounds in the best tradition of seventies Tangerine Dream. The hypnotizing minimalistic music is the highlight of disk two together with the short song “Wagner Express”; a haunting remix of a soprano singing’ piece. Computer drones, experiments with feedback and other sounds close off the album in “Trois Plus Onze”.

Sneeuw really has amazing and ordinary pieces of music that sound completely on its own however the abstracts music on the beginning of disk two could be removed. Instead of two disks it would have been better to strip down the music from two hours to 80 minutes of music to have a heavier impact at the listener. 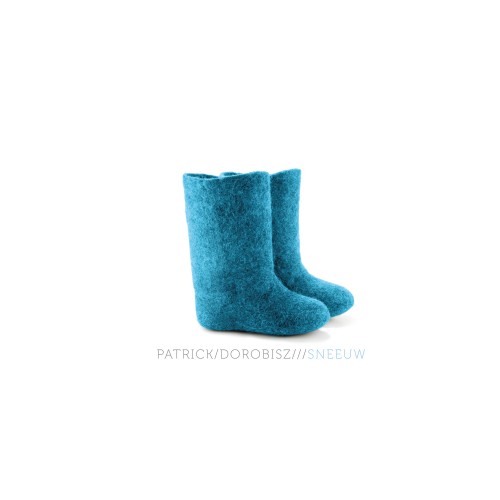