Coax Orchestra is an ensemble inspired by the sounds from Prime Time of Ornette Coleman and Naked City of John Zorn. Eight people together are playing in the band ranging from Guitar to Keyboards to Saxophone and Trumpet. The potpourri in nine songs and 40 minutes is hard to digest but a nice rollercoaster who like their music weird and experimental.

The record starts with the title track and as a subtle Postrock song you are misled by these eight guys. In nine minutes the song is slowly building up to a climax and ending in a noisy a-rhythmic jazz madness. After that, “Intro” is the starting point for a full-blown mixture of free jazz and jazzrock in the vein of Brand-X (the band where Phil Collins played drums).
Due to the presence of saxophone and heavy bass guitar rhythms Metalheads also will hear Zu in the sound together with The Locust (the spastic and fast riffs). The band is playing with dynamics, for example the song “Yoyochie” is based on a Jaga Jazzist song while short and spastic outbursts are disturbing the listener in a funny way.

The first spins I was convinced I received an album where the guys just played as weird as they could without any connection. After a while I understood and found the structures of the album, I finally enjoyed the coherence and balanced tunes. Still this is not music for everyone and even for forward thinking music fans maybe too much! 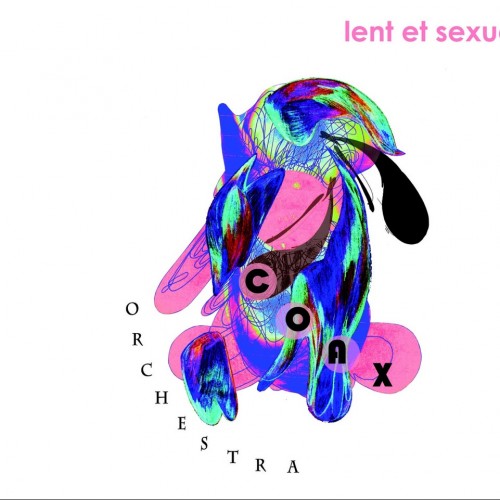