The latest album of Millencolin that was released last year has put them back on the map of punkrock. True Brew has everything that a good 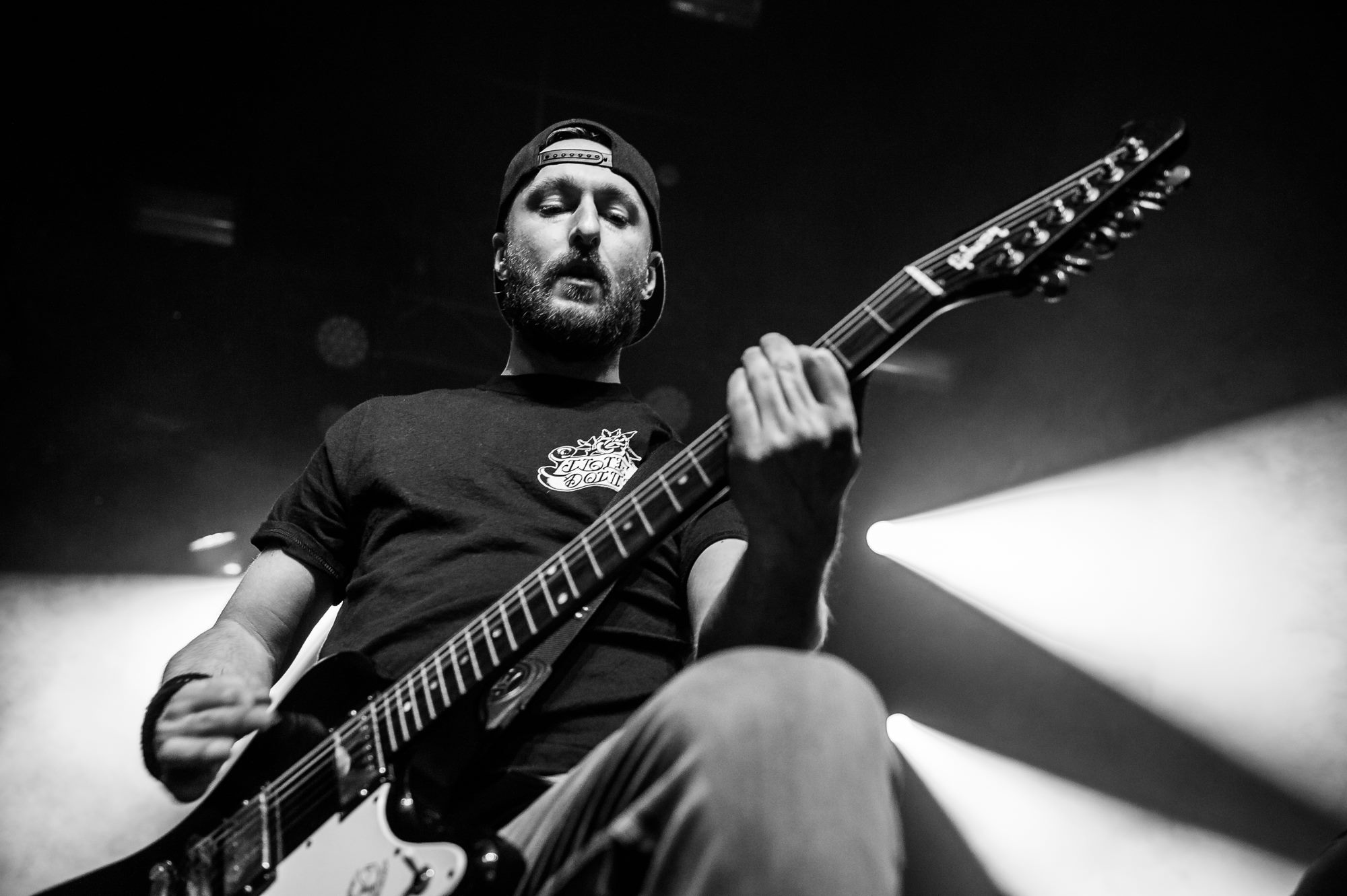 punk album needs, so it’s only more than fair that they were mentioned in my yearlist of 2015. Pretty obvious that I had to see them since they were visiting my hometown.

Although the tour featured two bands, 013 added the dutch band Note To Amy just to pice up the evening a bit more creating a nice punkrock evening with 3 bands. According to vocalist Remco it’s a huge honor of opening up for Millencolin especially since their ‘Life On A Plate’ album was practically stuck in the walkmans of the guys back in the day. Musically the band has is certainly influenced by the whole 90’s skatepunk sound, but certainly has the balls to cross the borders with their songs. This eventually had some effect on the audience. Although the venue was certainly not completely filled during their set the people that were present certainly were nodding along during the songs. This even got a bit better during the Bad Religion cover ‘Generator’. During the entire set the interaction between Remco and bassplayer Marco is pretty hilarious which made it look like the band is not only used doing this very often, it also shows that they’re having a great time onstage.  With ‘The Difficulty Of Dreaming’ and ‘About Murder’ the set has come to an end and we have to endure some really strange music before the next band has to start.

Templeton Pek " title="Search for Templeton Pek ">Templeton Pek had the honor of joining Millencolin on tour and according to de bassplayer/vocalist Neal Mitchell it’s not the first time of them joining Millencolin. They show themselves very grateful being on the road again with the Swedish punkrockers. During the first couple of songs I noticed the huge wall of sound that they produced although they were only three men strong. Probably the effect of the tape runs along during their set. Problem in my humble opinion is that the tape should be on the background. But it’s way to present in the complete sound of the band. It’s even overwhelming the guitar sound of the band. Besides that the band certainly gives 200% onstage and offstage since the bassplayer even runs to the bar and back. Which led to some strange faces of the people that didn’t notice him coming over. Overall a nice performance but due to the sound I wasn’t completely convinced.

After some more rap music we’re finally seeing the band that we are all here for, Starting with ‘Egocentric Man’ from their latest effort instantly followed by ‘Pinguins And Polarbears’ and ‘Twenty Two’ it’s perfectly clear that Millencolin has lost nothing of their power when it comes to punkrock. During the next hour and a half we are spoiled with a setlist that gives a nice overview of their career. From ‘Dance Craze’ till ‘Bring Me home’ the band is still on their toes. With that being said I’m quite surprised that there were only 450 people present. I suspected a lot more to be honest. On the other hand it was quite easy to move around during the show. So I decided to head upfront to check out the first couple of rows and the moshpit. Which was a rather nice one. No strange hardcore kids with flying kicks and windmills just an oldschool punkrock moshpit with a lot of respect for each other. Great show, great crowd, awesome evening.
Pics: William van der Voort www.cloakture.com 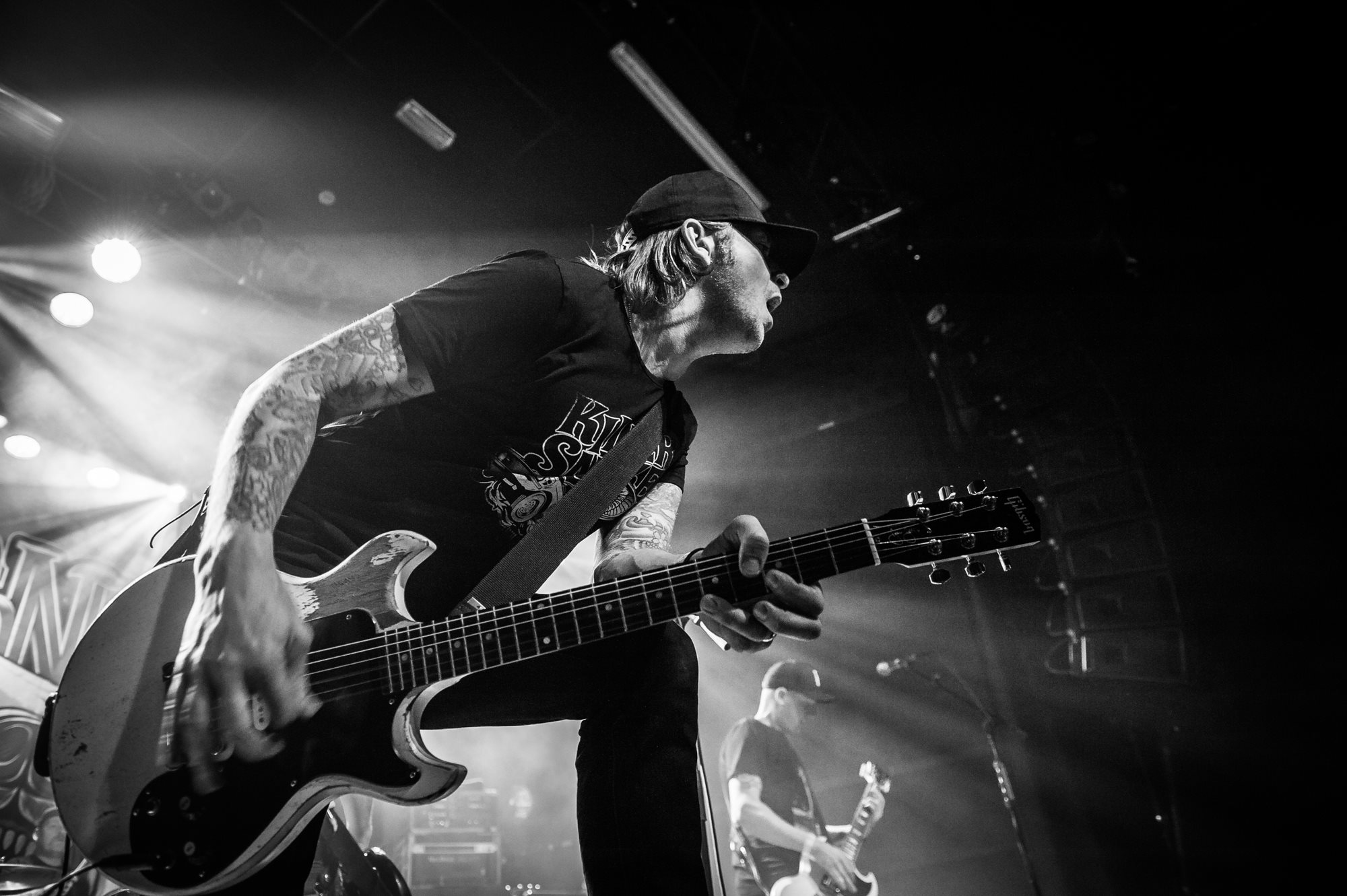