Roadburn 2016: Thursday - One of the heaviest Roadburn days and we survived
The Poisoned Glass is a bit too much to start with. The full on Doom-drone with torturing vocals is approaching like zombies with axes. With a bit more alcohol during the night this would’ve been a better idea and also the black and white visuals are better to digest. Fast forward to highlight number one: Cult of Luna. With the new album ‘Mariner’ on board (a collaboration with vocalist Julie Christmas) it’s strange we get the Somewhere Along the Highway album in full. Since this is one of my favourite albums I don’t care. After the introduction ‘Marching To The Heartbeats’ there is a small hick up, the band recovers with the majestic ‘Finland’.
The album deals with male loneliness after a relationship breakup. Especially the middle part of the record is typical stuff to sit in your couch full of negativity. This depressive mode is not working well on stage. The end of the set is superb with ‘Dim’ and my favourite Cult of Luna song ‘Dark City, Dead Man’. The endless echoing guitar melody and the anxious screams in the end are heart-breaking and the perfect end of the show. (Maurice van der Heijden) 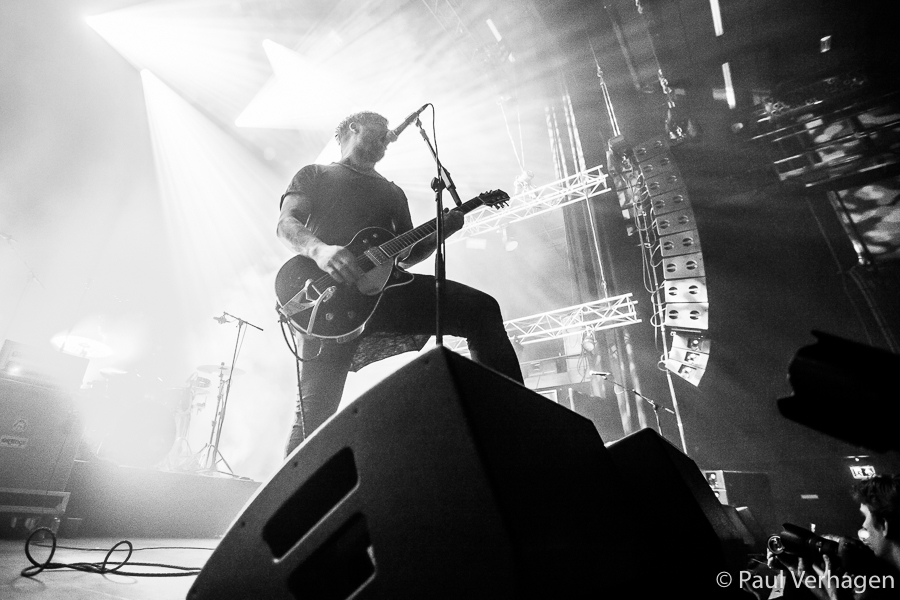 Doom-Crust four-piece Usnea are not the most technical and innovative band, but they bring downer vibes so dense they couldn’t seem to let any light escape. Both guitars tuned to the key of destruction in slow-motion and drums and bass located centre-stage to foster the punched-in-the-stomach resonance. Joel Banishing’s grunts and Justin Cory’s high-pitched screaming, combined with the repetitive and hypnotising doom make for a fine performance.
Maryland grindcore four-piece Full of Hell is a touring warhorse. Their message of hostility and provocation is a proof that the boundaries of grind and noise can be cross-connected in interesting ways. While other bands in extreme music typically lapse into mediocrity at some point, Full of Hell are well-deserved respected innovators in their scene. The performance is from time to time disorienting (in the best possible way). Where it feels like things should be heavy, there’s abrasive noise, and where it feels like there should be a blast, there’s electronics. The vicious screaming of Dylan Walker giving a misanthropic sermon on the end of the human species creates and David Bland speed-of-light blasts and drum solos over which abrasive noise which makes for an impressive performance.
To celebrate the fifteen year anniversary of the album, Converge played Jane Doe in its entirety. A first timer according to vocalist Jacob Bannon who mentioned that the band never performed an album in its entirety before.  Jane Doe  has been Converge’s calling card since its release  in 2001. The cover art has become an icon and the album has developed a cult following since its release. According to Bannon the album’s lyrical themes were born out of a dissolving relationship and the emotional fallout from that experience. A fair amount of the songs on Jane Doe are near guarantees on any Converge setlist and even more obscure songs like “Heaven in her Arms” will be played from time to time. To hear and see the album being played in its entirety is a one-night-only chance. Never before performed songs 'Phoenix in Flight' and 'Phoenix in Flames' make the performance even more special. Where 'Phoenix in Flight' gives the audience a chance to breath, 'Phoenix in Flames' immediately afterwards punches all the air out of your lungs at once with Bannon screaming his lungs out before starting the album’s closing tracks. The always captivating Bannon, who earlier on performed his no hand’s mic spin from the “Fault and Fracture” video grabs you by the throat with his performance building up the tension before bringing the songs to its peak and cutting it off with a bang. (Astrid Zijl) 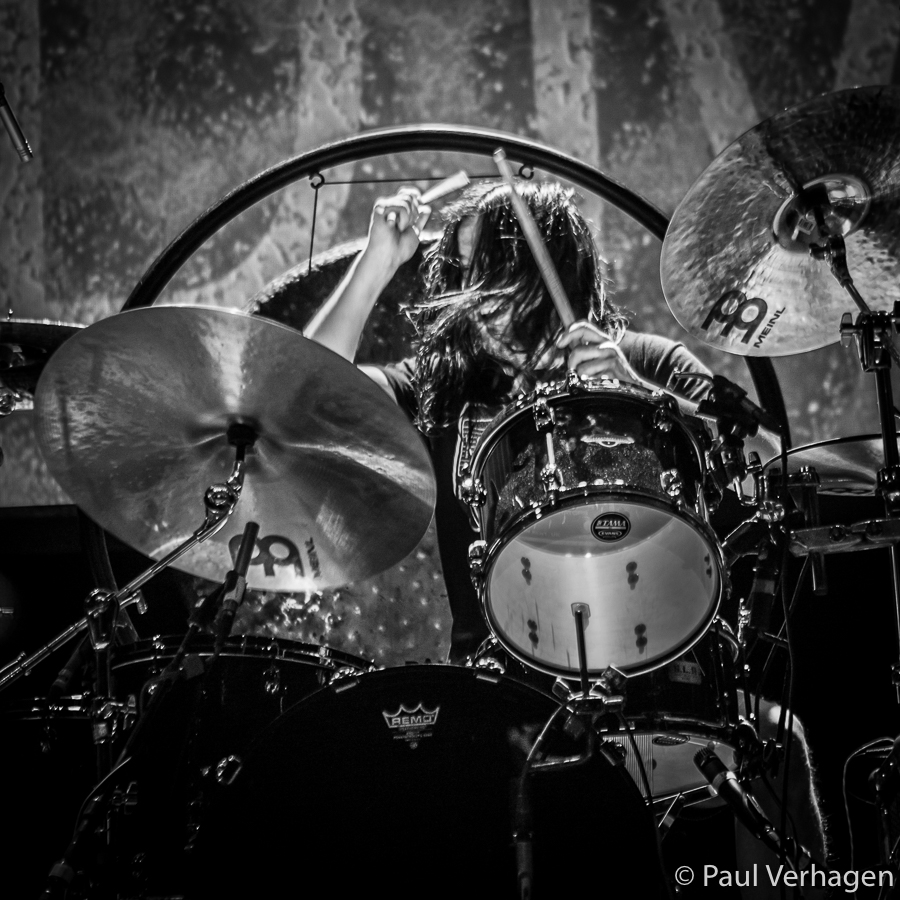 The Body never disappoints. The duo is making a harsh mix of poisining doom and noise. The venomous spits of guitarist Chip King makes this the vilest duo you can ever imagine. After 35 minutes their sonic attacks are over and you are happy you survived their monstrous doom sound.
Roadburn is all about surprises. One is the Swedish band Moloken, they take the cultural heritage of old Cult of Luna and mix it with Meshuggah influenced drums. They hardly ever tour so it was so nice to see how these folks loved to play in a packed Cul-De-Sac and impressed with their unique approach of Doom, Hardcore and Post-Metal. Chrch is a new Doom band in the vein of Windhand and impressed the scene with a nightmarish tape. Too bad they are scheduled in the Extase venue. The venue is way too small for Chrch and the sound is horrible. The setup of the room is a nightmare; when you are halfway or further away you see nothing of the band. Please fly over these guys and girl next time and position them in the Patronaat.
Metalrage is closing off today with the Finnish maniacs of Abyssion. Their psychedelic (with a lot of Circle madness) approach to Black Metal might be childish and funny but their weird music is kicking ass. The drunken front man is screaming in Finnish and doesn’t give fuck about anyone. The visuals in the back are kitsch and so do the psychedelic synthesizer sounds. After a day of serious music this no-nonsense approach on heavy music is the best way to leave and go to bed. (Maurice van der Heijden)