After three days the feet are hurting more and more but our souls want more and we get more at the Afterburner. With sets from Jakob, Neurosis and Amenra there is enough pleasure to endure.

The visuals of Jerome Siegelaer in combination with the heavy and focused Postrock of Jakob bring the crowd in a dream state. Sitting on the stairs of 013 and listening to the distinct instrumental tunes is a great moment to overlook how great this weekend was. The New-Zealanders have the ability to completely balance the instruments drums, guitar and bass and create dynamic songs that go from high to low and bring the listener in a euphoric state. The bass and guitar are on loud volume so you stay focused as the members of Jakob are. The relative unknown band drew a packed main room and showed they took the stage by rage and energy. (Maurice van der Heijden) 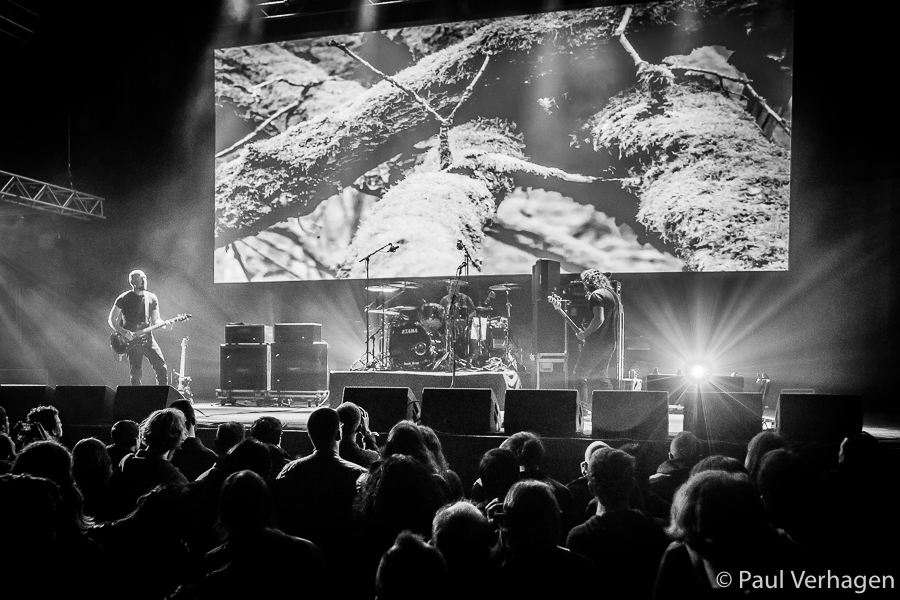 Also back on this last day of Roadburn are Amenra. This time not with an acoustic, but with a ‘common’ set. Amenra never fails to deliver as they prove again this time. The tense and brooding sound is overwhelming, as is the tormented screaming of Colin van Eeckhout to whom every show seems to be a new penance. Kneeling in front of the drum kit, his back characteristically turned to the crowd, exposing his tattooed crosses and inverted gallows. Together with the macabre visuals and the bombardment of strobes during the eruptions, it’s hard to stay untouched during this cathartic black mass. (Astrid Zijl)

Still standing on your feet and being alive after almost four days is not the best start to undergo the second two hour Neurosis set. As a diehard fan I have troubles to stay focused. Again the band is mixing the punk songs from the beginning with the heavy sludge (with industrial hints) and the more mellow Post-Metal songs. Today the combination doesn’t feel that natural. After almost an hour I feel distracted a bit. It’s not the band because they are staying focused and still knocking down every single band with their punishing work. They close their set with “The Tide” and “The Doorway” and I am happy to be part of them being played live. 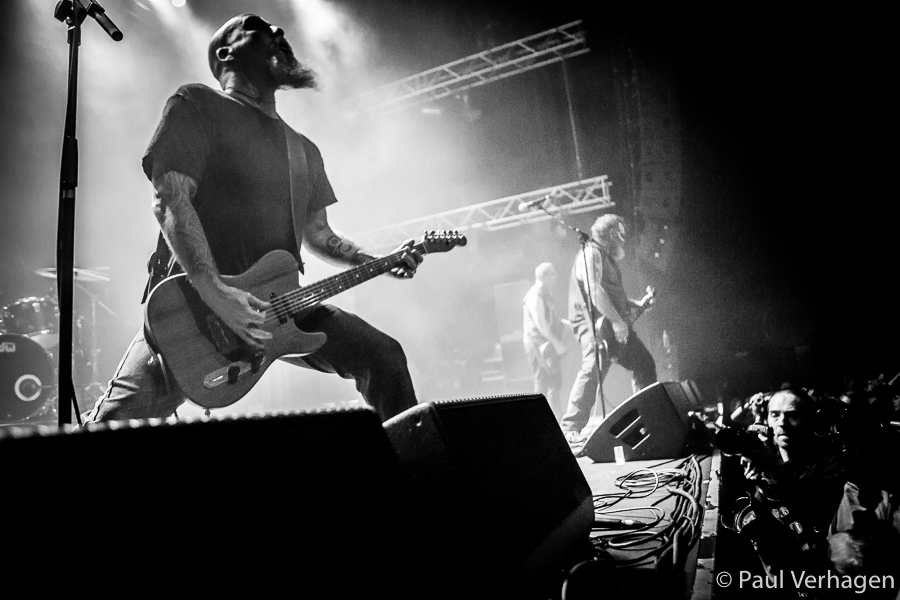 After the heavyweights from the Bay Area Buried at Sea is closing off the festival at the main stage.  The small underground band drew a pretty packed crowd and with a great sound the dragging monsters riffs of Sludge and Postmetal are hitting your ears like Bongripper did last year. The band has the ability to stick to one main riff and stay focused for a minute or 5 to start a break and to continue into the next flow. With the sound of a murmuring sea in the background the band feels like being left alone at a small sailor ship hoping to get home soon. The crushing waves in combination with a touch of melancholy give the crowd goose bumps.