Torche - Restarter
It’s been a while for me to write an album review, but what better way to start writing again after hearing the new Torche album blasting through my speakers. With the 2012 release Harmonicraft they caught my personal attention, but after seeing them on tour with Pelican in 2013 their sound really appealed to me. The 2015 release Restarter was therefore one of the most anticipated albums of 2015 for me. To top it off they released an old-school 16-bit video game in which you have to fight evil robots in order to promote this new record and the opening track ‘Annihilation Affair’ in particular.
This opening track ‘Annihilation Affair’ is characteristic for the rest of the songs to come. Without any bullshit, cheesy intro’s, or warnings so you might like to say, they just start their nearly 40 minutes of rampage like a bulldozer cruising through a shopping mall. With mid-tempo, yet dangerously heavy stoner/sludge they crush everything on their path in a gentle way. Using ambient soundscapes and repetitive riffing they really get you in the flow from start to finish.
Whether it is a furious short track as ‘Undone’, or a normal sized track as ‘Minions’ or ‘Believe It’, these guys know how to hold your attention. When nearing the end I could imagine some people having problems with the vocals sounding more and more the same. The vocals are in any case a bit a “love it” or “hate it” kind of thing with this band by the way. But in order to keep you on the edge of your seat, the almost 9 minute lasting title track kills it at the end of this album. All previously used elements are combined in one epic closer that could leave an audience in awe at the end of a show. 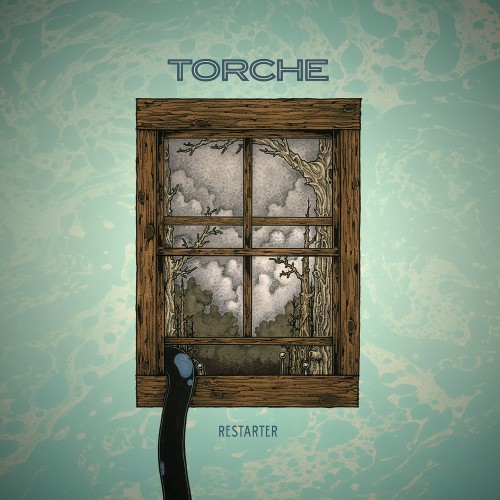